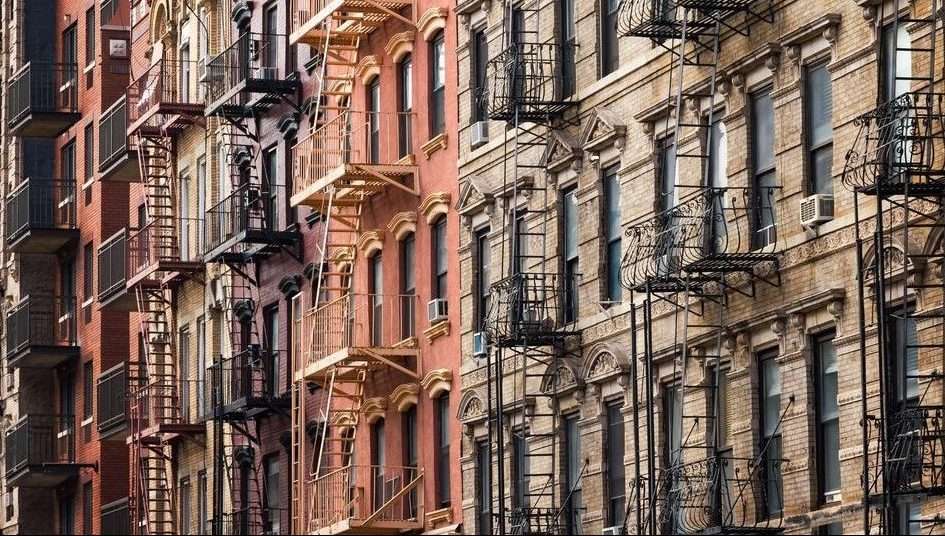 Economic headlines offer a confusing mixed bag lately. A wide range of indicators shows surprising strength in everything from jobs, wages, and personal savings to home sales and apartment demand. The economic downturn triggered by COVID-19 turned out to be the shortest recession in American history.

But one narrative remains stubbornly negative: a looming “evictions tsunami.” Media reports now suggest more than 11 million renters are at risk of eviction when the federal moratorium expires at the end of July.

How can that be? Well, it probably isn’t – and that’s good news for everyone.

To be clear, evictions will increase when the federal moratorium expires at the end of July. Evictions are a lose/lose proposition, and even one eviction is too many. But the totals will almost certainly come in as a fraction of that widely cited 11 million figure.

The doomsday predictions are based almost entirely on a Census survey that the Census itself couches as “experimental.” There’s ample evidence suggesting that the vast majority of renters are paying the rent and that most of today’s renter distress is structural – tracing to the severe shortage of affordable housing, a problem that long predates the pandemic.

It’s critical to get the facts correct, so we can drive aid toward those truly in need. Here are 10 facts that point to a far less dire outlook.

Eviction Forecasts are Based on a Miniscule, Problematic Dataset

Nearly all studies predicting an evictions tsunami are based on the Census Household Pulse Survey representing around 70,000 respondents per surveyed period. That’s not just renters. That’s all households. If we assume the sample is representative of the national 35% rentership rate, that implies roughly 0.05% of the nation’s 47.2 million rental units are tracked. The Census employs many brilliant researchers – who have long been hamstrung by underfunding – and the team wisely couches their Household Pulse Survey with detailed technical documentation. The Census labels HPS data as “experimental” and urges users to “take caution” when analyzing the data. Census researchers usually work around small-sample issues with sophisticated weighting methodologies. But the Census admits unusual challenges with nonresponse bias in HPD surveys, noting that “weighting adjustments are limited by a lack of information about nonresponding units.” Because HPD covers so many new topics (including rent payments), there’s no benchmark on what subpopulations are getting missed or underrepresented.

Despite all these caveats from the creators of the survey, eviction forecasters have largely ignored the warnings and mispositioned the data to be rock solid.

Given the Census team’s warnings, it’s no surprise to find obvious holes in rent payments data from the Household Pulse Survey.

For example, the Census shows Dallas/Fort Worth and Atlanta in the top five metros for rent debt – lumping the booming Sun Belt metros in with New York, Los Angeles, and Detroit. That is very improbable for several reasons. Both Atlanta and Dallas are well ahead of the national pace in the economic rebound, and there is not a single supporting datapoint suggesting either metro ranks among the nation’s worst by any other economic measure of significance.

Additionally, both Atlanta and Dallas (unlike New York or Los Angeles) have an outsized concentration of large, professionally managed apartment properties and few mom-and-pop rentals. That is a key factor because there are abundant data showing that large, professionally managed apartments are collecting rent at near-normal levels. RealPage data on actual collections in both Atlanta and Dallas (with coverage in both markets individually topping what the Census tracks nationally) showed that more than 96% of apartment renters paid rent in June 2021, and the numbers have been consistently high throughout the pandemic era. By comparison, the Census surveys show that 21% of Atlanta renters and 16% of Dallas/Fort Worth renters are behind on rent. That doesn’t make sense at all, and it raises a big red flag over the broader dataset.

But eviction forecasters pushed back hard against NMHC and NAR data and convinced policymakers and reporters to largely ignore it. They noted that industry groups represent larger apartment properties and bigger single-family portfolios. It’s true these datasets do not cover mom-and-pop rental housing owners, who command significant market share in the most challenging markets, like New York. But rather than dismissing it altogether, why not apply those larger datasets to represent their share of the market? For example, NMHC’s data covers roughly 25% of the rental stock, so apply the 96% payments number. That one simple step would significantly reduce any researcher’s estimated number of households at risk of eviction.

Rental Housing is a Hot Market

Typically in periods of distress, we’ll see demand-side issues cause erosion in housing fundamentals. But that’s not happening in 2021. The market-rate apartment sector is having its best year in decades – if not ever – with record numbers in demand, occupancy and rent. Renters are flooding in with higher incomes and consistently paying the rent. The single-family market is more fractured, but similar trends have been reported in professionally managed portfolios. Still, there’s admittedly a “tale of two markets” happening here. On one end, there’s ample demand from deep-pocketed renters to pay market rates without pushing up on affordability barriers. That’s a huge share of the overall rental market. On the other end, there’s a severe undersupply of designated affordable housing for lower-income families, as outlined in depth by Harvard’s Joint Center for Housing Studies.

Jobs are Coming Back, Incomes are Up

National unemployment dropped to 5.9% in June. Yes, that’s well above the 50-year low of 3.5% set in February 2020. But over that 50-year period, the national average was 6.2%, meaning today’s unemployment rate is better than the long-term average. Job openings hit the biggest numbers on record, and many employers are going to unprecedented lengths to hire more workers. The labor shortage is driving up incomes. Wages surged 6.6% between February 2020 and June 2021. Incomes jumped even more in retail (8.6%) and restaurants/hospitality (7.9%). In market-rate apartments nationally, RealPage data shows huge growth in incomes for renters signing new leases. In May, the average household income for new renters hit a new high of $68,000.

Of course, big growth in jobs and incomes doesn’t translate to every single household. The mismatch between unemployed workers and available jobs is a complex challenge. But the overall story is very encouraging.

Personal Savings are Up, Debt is Down

There’s a false narrative that Americans are spending out of savings – or going into debt – to pay rent. While that might be true in some cases, it’s not typical. In fact, personal savings are up significantly. In May, the personal savings rate hit 12.4%, up from 8.3% in February 2020 and well above the historical average of 9.0%, according to data from the Federal Reserve. The personal savings rate reflects the share of disposable income put towards savings.

The second false narrative is that renters are going into debt to pay rent. Again, that’s not reflected in the data. According to the Federal Reserve, household debt service payments as a percentage of disposable personal income hit an all-time low of 8.2% in the 1st quarter of 2021. Credit card delinquency rates also hit a record low at 1.89%. Federal checks certainly helped many households pay down debt and increase savings.

To help rental property owners, big lenders offered forbearance programs that allow them to defer mortgage payments. If there were indeed major problems, that should be apparent in the number of forbearance requests from Freddie Mac, which owns a massive share of multifamily mortgages. But forbearance requests have remained consistently low. As of June 2021, only 3.0% of properties in their mortgage pool were in forbearance. Previous reports indicate the majority of properties in forbearance were “small balance,” meaning more likely to be smaller, family-owned rentals.

Property managers get little love, with headlines often sharing isolated horror stories suggesting a hostile relationship worsened by unpaid rent. And if a mass eviction crisis loomed, you would expect renters to be widely unhappy with their landlords. But as it turns out, those anecdotes don’t align with most renter experiences across the country.

J Turner Research pioneered the concept of the ORA Score or online reputation assessment. ORA Scores in apartments nationally increased 109 basis points between May 2020 and May 2021, based on a same-store analysis by RealPage of both conventional and affordable housing. That means apartment renters are happier today with their property managers than they were last year – even though a pandemic. Those gains trace to yeoman efforts by property managers to protect their renters throughout the pandemic – funding rental assistance funds, providing flexible payment programs, and offering creative virtual solutions for residents to engage with each other and with site staff. In fairness, the RealPage study focused only on professionally managed apartments, and the renter/landlord relationships may differ in the more challenged mom-and-pop rental sector.

NMHC has published guidelines for apartment owners to navigate evictions, with a heavy emphasis on empathy. That approach differs from the ruthless image depicted in anecdotes and will help further reduce evictions.

Congress allocated nearly $47 billion toward its Emergency Rental Assistance program based largely on the same problematic datasets forecasts a mass eviction wave. Six months after its creation, only about 3% of the funds have been spent. Housing advocates have been quick to blame the slow pace of bureaucracy. That is certainly a contributing factor, and those delays must be addressed quickly. But is that the only factor? Curiously, no one is asking what should be a logical question to ask: Was it too much, too late? If funds remain unspent, Congress would be wise to reallocate those funds toward addressing the structural, pre-pandemic affordability challenges – either through vouchers or, even better, the creation of new affordable housing.

One of the more curious omissions by eviction forecasters: Few are adjusting for localized eviction bans that will outlast the federal moratorium. Not coincidentally, extended bans tend to be concentrated in big coastal states hit harder by economic challenges related to the pandemic. For example, California and Washington extended their eviction moratorium through September 30. New York’s runs through the end of August. New Jersey’s ban goes until January 1, 2022, but the state is considering a  novel approach to weed out abuse, where higher-income renters could be evicted sooner. It’s worth pointing out that in these types of markets, local or state bans could very likely be extended further as local advocates pressure policymakers.

Assuming there’s no last-minute extension of the federal eviction moratorium, eviction notices can begin as early as August 1 – though the timelines vary based on a variety of local and asset-specific factors. But a notice or filing does not mean an actual eviction. That process takes time and often resolves amicably. When cases do go to court, they rarely move quickly – particularly with many local courtrooms backed up. Evictions will take place, and that’s an undesired outcome for both renters and property owners.

As noted earlier, the real challenge right now is the severe undersupply of affordable rental housing. According to Harvard, we need 8.3 million additional units of designated affordable housing just to meet current demand. The Biden administration has proposed funding to build or maintain 2 million additional units – which would be a significant start. More affordable housing creation is the single most important step in solving America’s structural rental distress – a challenge that existed long before COVID-19.