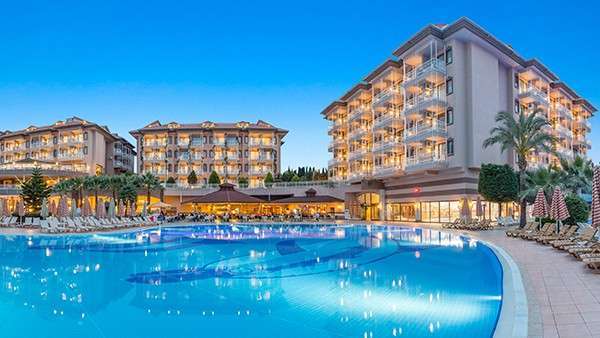 The baby boomer generation will change senior living and long-term care even more than some experts predict, and the industry is not nearly prepared to handle the influx of boomers entering the space over the next two decades.

That is because the boomers are sitting on untapped wealth resources, and are willing to spend money to achieve positive health outcomes and prolong their lives for as long as possible.

This is according to Ken Gronbach, a demographer and futurist who shared his predictions Tuesday during a webinar on how demographic trends drive transformation in real estate, hosted by real estate investment and services firm Marcus & Millichap (NYSE: MMI).

The boomer generation, spanning 1946 to 1964, currently totals 78.2 million people, and the oldest wave is only beginning to consider senior living as an option. Gronbach believes the true transformation will take place when the final wave of boomers, born between 1960 and 1965, turn 75. He estimates that nearly 4 million boomers were born annually during that span.

Collectively, the boomer demographic’s population total is nearly double that of the preceding generation and will bring enormous wealth with them, once they decide to exit the workforce. Gronbach estimates the boomers have a collective $12 trillion in banking assets, $20 trillion in stock, and $70 trillion in real estate holdings.

Gronbach’s predictions are supported by other data and reporting.

The boomers have held the most real estate wealth in the U.S. for nearly 20 years, peaking at 49.1% in 2011, according to a New York Times analysis of Federal Reserve data. And they still control 44% of the nation’s real estate wealth.

The boomers are holding on to their real estate longer than the preceding generation and preferring to age in place. This is opening up opportunities for senior living providers to offer home- and community-based services to older people in their homes, and could be further accelerated with the possible passage of the Choose Home Care Act in Congress. That bill would allow certain Medicare beneficiaries to receive extended Medicare services such as skilled nursing or rehabilitation services in their homes for up to 30 days following hospitalizations or surgeries, in addition to their usual home health allowance.

Additionally, the boomers were the only generation that did not recover their wealth lost during the Great Recession. While their average wealth is still higher than the recession low point in 2010, it remains far below what it was pre-2008. This leaves a wide swath of boomers in need of middle-market senior housing.

Solving the middle-market equation will free up more personal resources for boomers to spend on health care, and Gronbach predicts spending in this sphere will increase exponentially. He is not alone.

In 2019, the Office of the Actuary at the Center for Medicare and Medicaid Services (CMS) predicted health care spending would top $6 trillion by 2027, fueled primarily by boomers. This will account for 19% of the country’s gross domestic product (GDP).

In other words, the aging population will transform real estate markets, and that extends to senior living — longer, healthier lives could mean that older adults defer moves into senior living, but providers also have a potential opportunity to appeal to this demographic and gain a share of their spending as they seek options to boost their health and wellbeing.

“[Boomers] don’t have dying on their punch list,” he said.